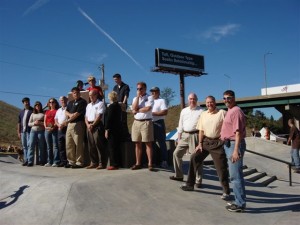 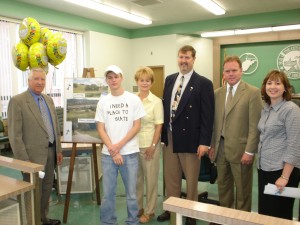 Park on Sunday, October 21st. The generous support of individuals, businesses, and organizations like the Wheeling Rotary Club helped get the park funded and built.

The committee met regularly and worked behind the scenes to get more of the business community in support of the skate park. 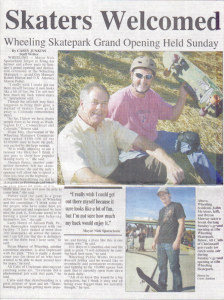 The Wheeling Rotary Club held a celebrity waiter event, collected donations and used existing club funds to raise money for the project. They were able to double the donation with a matching District Simplified Grant. The funds were donated to the project in 2006 as the Wheeling Rotary Club’s Centenial Project. The Rotary Club’s involvement, city funding and a myriad of other donations helped the Wheeling Skate Park Committee get a subsequent matching federal grant to make the park possible.